Today is January 20th, 2017 – the day of Donald Trump’s presidential inauguration.  Few expected this day to come – it was perhaps even more surprising than Justin Trudeau’s electoral victory, on October 19, 2015.

The headlines haven’t changed much, since Trump essentially began monopolizing them during the Republican nomination process.  There are those who cry out against his harsh manner, claiming that he lacks the temperament or personality to be a President.  Then, there are those who debate the merits of his policies, and either agree or disagree.  You can now view his speech for yourself.

I spent four years studying International Relations in university, and have maintained a steady interest in the topic during the decade that has followed.  I tend to withhold my verbal support from any particular candidate or party, and certainly don’t place my greatest hopes in them.    It can be easy to cynically claim that each party simply purchases different people’s votes with promises of funding.  Or you could claim that the parties make no difference, because there are un-elected others who run the show, behind the scenes.  Or, if nothing else, you could say that no party is perfect, since they come in ideological “packages,” each with good policies in some areas, and bad policies in others.  So, you need to pick your main issue – will you vote based on policy for taxes, environment, crime, welfare, education, religion, or immigration?

At least, I wish this was the question in people’s minds.  But, alas, it seems like the media, and many others, are preoccupied with this question: Do I like the personality of the leader?

We saw this in Canada, where our left-leaning and right-leaning parties, ranked 1 & 2 in the polls, were suddenly swept aside in favor of a young, attractive, populist leader.  The NDP and Conservatives had serious platforms, soberly proposing balanced budgets that each promised a realistic way forward.  But the Liberals had a charismatic leader who, despite his slimmer credentials and lack of experience, captured a majority government on a platform of vague promises and a deficit budget.  “But he’s so handsome and nice…”

Then, our neighbours to the south did something similar.  Now, I might be saying the same thing, even if Hillary had won.  The point is not that Trump beat Hillary, but that both became their party’s candidates, despite the availability of rival candidates with clearer and more inspiring policy platforms.  It is understandable that many Democrats were excited about having the first female candidate, ever.  And many Republicans became excited about the charisma of their independently wealthy, already famous reality show host.  Both were exciting firsts.  But both parties missed out on opportunities to choose candidates with very clear and compelling policies for the betterment of their country. 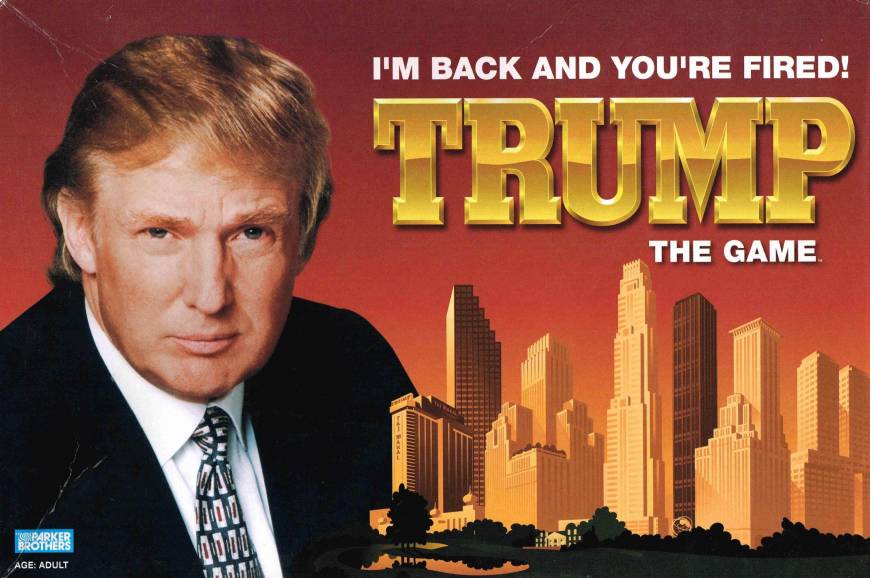 But on the flip side, when it comes to criticism, I am disappointed to see how much has also focused on the personality of the leader.  People pointed out that Trump is rude.  People found Hillary to be disingenuous.  But what policies did they propose?  Who had the better ideas?  To whom would each be looking, to help guide their country forward.

Why do we do it?  Why do we obsess over the personality of the leader?  Why do we idolize them, as if they have all the answers to our problems, and the ability to satisfy our hopes?  Perhaps these yearnings and desires are not illegitimate, but just misdirected.  C.S. Lewis, in his book Mere Christianity says:

“If we find ourselves with a desire that nothing in this world can satisfy, the most probable explanation is that we were made for another world.”

Or, as King David said in Psalm 62:5-8:
For God alone, O my soul, wait in silence, for my hope is from him.
He only is my rock and my salvation, my fortress; I shall not be shaken.
On God rests my salvation and my glory; my mighty rock, my refuge is God.
Trust in him at all times, O people; pour out your heart before him;God is a refuge for us.

Now, I wouldn’t want to underestimate the importance of a leader’s personality.  In each country, the leader chooses the executive, names members of the judiciary, and can push forward his personal agenda, to a certain point.  Also, the character of a leader can rub off on others – whether it be their fellow politicians, or the public.  So, civility and respect (for the one candidate), and transparency & sincerity (for the other) would be valuable.  But deeper than that, we should be examining policy, and asking – What do they propose to do?

Yet, a final distinction should be made – between policy and practice.  Between promise and production.  Unfortunately, the jury is out on this – we will gain our answer through hindsight, rather than before the election.  In the meantime, let’s not waste our worries in the wrong places.  Consider Who is in charge, and where your hope will find rest.

Psalm 2:1 – Why do the nations rage and the peoples plot in vain?

Psalm 42:11 – Why are you cast down, O my soul, and why are you in turmoil within me?  Hope in God; for I shall again praise Him, my salvation and my God.