“Go from your country and your kindred and your father’s house to the land that I will show you.” – Genesis 12:1

What a way to begin a relationship!  God calls Abraham to leave everything behind, and go to a new land – to be made into a new person, for a new purpose.  This marked the beginning of a century-long journey of faith, in which he’d be greatly blessed by God to be a blessing. 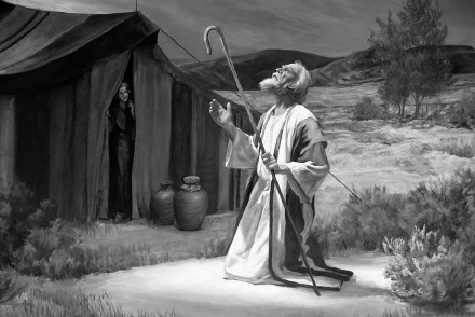 This also marked a turning point in how God would operate on earth – how He would pursue a relationship with humankind.  He began by creating humans to be set apart from the other animals – they would bear His image, reflecting His character, relationality, morality, and authority on earth.  They were given dominion over creation – as stewards who were to care for it.   When they rebelled against God and sought independence from Him, death  and separation from God resulted.  Things went from bad to worse, until God determined to start fresh with a single family who were set apart as righteous – Noah, his three sons, and their wives.  Yet, sin remained a systemic problem.  When people united in their rebellion against God at the Tower of Babel, He divided and dispersed them – mitigating the effect of their evil, rather than wiping them out again.  Now, for the third time, God would set apart one couple – this time, not to birth humanity from scratch, but to birth a new nation:

“And I will make of you a great nation, and I will bless you and make your name great, so that you will be a blessing. I will bless those who bless you, and him who dishonors you I will curse, and in you all the families of the earth shall be blessed.” – Genesis 12:2-3

God had dispersed the peoples of the earth into many nations.  Now, He would create one nation to bless them all – one nation through which He would reveal Himself and His salvation to the world.  And it all started with this one man, Abraham, who responded to God’s call with faith.

Abraham was 75 years old, and his wife, Sarah, was barren.  They were perfect candidates for God to show His power, love, and grace.  God, who can create something out of nothing, would call forth a nation from this unlikely couple, who were “as good as dead,” when it came to producing offspring.  But, all they needed to do was believe God’s promises, and receive in faith:

“By faith Abraham obeyed when he was called to go out to a place that he was to receive as an inheritance. And he went out, not knowing where he was going.  By faith he went to live in the land of promise, as in a foreign land, living in tents with Isaac and Jacob, heirs with him of the same promise. For he was looking forward to the city that has foundations, whose designer and builder is God. By faith Sarah herself received power to conceive, even when she was past the age, since she considered him faithful who had promised. Therefore from one man, and him as good as dead, were born descendants as many as the stars of heaven and as many as the innumerable grains of sand by the seashore.” – Hebrews 11:8-12

That may sound rosy and wonderful, but the journey was long and winding.  Their faith would be tested and refined along the way.  God’s promises would be threatened.  When they fled a famine and went to Egypt, Abraham fearfully endangered his wife, claiming that they weren’t married.  But God protected her.  When they returned, Abraham gave the better portion of land to his nephew, and then rescued him from invaders.  But God continued to bless him.  Then after waiting 10 years for a son, Abraham and Sarah arranged to have a child through a maidservant, and then cast her out when she rebelled.  But God took care of the maidservant, and promised Sarah a son.  Abraham enjoyed fellowship with God, and God invited Abraham to intercede for his nephew, who was in trouble again.  Abraham endangered Sarah again, and God protected her, again.  Finally, Isaac was born, 25 years after the initial call to faith.  His name referred to the laughter that Abraham and Sarah shared, as God promised and faithfully provided in the most unlikely way:

Then Abraham fell on his face and laughed and said to himself, “Shall a child be born to a man who is a hundred years old? Shall Sarah, who is ninety years old, bear a child?” – Genesis 17:17

And Sarah said, “God has made laughter for me; everyone who hears will laugh over me.” And she said, “Who would have said to Abraham that Sarah would nurse children? Yet I have borne him a son in his old age.” – Genesis 21:6-7

Yet, there was one more step to be taken:  A test of faith.  Some time over the next 37 years, Abraham would be called to give up the greatest gift that God had ever given him.  God had promised to give him a son, through whom a nation would be born, to bless all nations.  And God was asking Abraham to sacrifice him?

Before we throw our view of a loving God out the window, consider the context.  In ancient times, in the land of Canaan, this was standard procedure.  Offering one’s firstborn son to the gods was a common method of seeking continued fertility and fruitful harvests – as later kings of Israel will unfortunately confirm (2 Kings 3:27, 16:3, 17:17, 21:6).  Though God had previously denounced killing humans, who bear His image (Genesis 9:5-6), and though He would later explicitly denounce child sacrifice (Deuteronomy 12:31, 18:9-12), Abraham would not have been as culturally surprised by this command as we are, today.

From the beginning, an enduring principle has remained: God deserves our very best, and He owns it all, anyway.  Abel pleased God by sacrificing the firstborn from his herd (Genesis 4:4).  Abraham and Jacob practised tithing.  Moreover, after God spared Israel from the plague of the firstborn in Egypt, He declared that all firstborn of Israel belonged to Him (Exodus 13:1-2, 22:29-30) as well as the firstfruits of their harvest (23:19).

Yet, God, Who’d have every right to demand anything, provides a way out.  As He redeemed His people from slavery, He offered redemption for the firstborn, who would have been His payment:

God provided a way for the firstborn to be redeemed – by way of substitution.  An animal sacrifice would serve as payment for a firstborn.  And the tribe of Levites would collectively take the place of all firstborn, to be devoted to a lifetime of service to God, supported by the offerings of other tribes (Numbers 3:12, 18:21).

And so Abraham and Isaac become a sign of things to come; just as Adam and Eve were to reflect God’s image to all of creation, now Abraham and Isaac were to reflect God’s way of redemption through His chosen nation.  Abraham was willing to give His one and only beloved son, whom He loved (Ishmael had been sent away).  Isaac willingly submitted to His father’s will.  Abraham had departed, early in the morning, on the three-day journey to Mt. Moriah – where it is said that the temple of Jerusalem was later built, where sacrifices for sin would be regularly made.  Isaac carried the wood up the hill, as Jesus carried his cross, nearly two millennia later, to die as our sacrifice, once and for all.  Abraham assured Isaac that the Lord would provide a sacrifice, and Isaac allowed himself to be bound and prepared for sacrifice.  Abraham was a foreshadow of our loving God the Father (John 3:16), while Isaac was a foreshadow of Jesus Christ (Galatians 3:16). 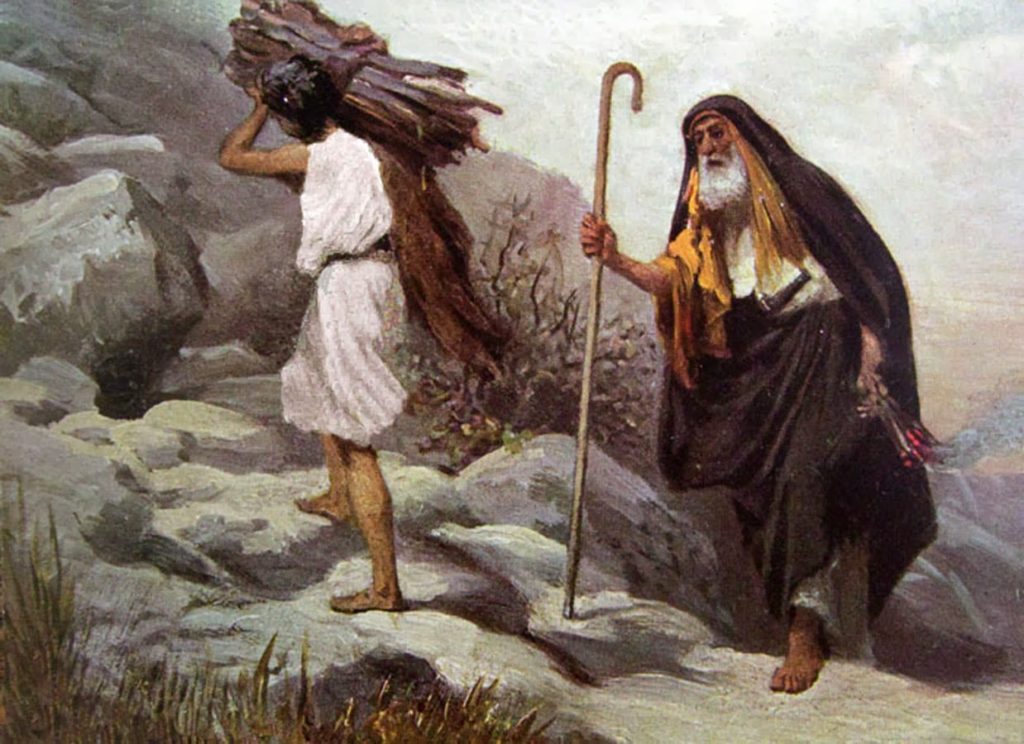 Abraham had passed the test of faith.  He fully expected to return from Mt. Moriah with his son (Genesis 22:5), expecting that the God Who miraculously brought this child into being would also bring Him back from death (Hebrews 11:17-19).  God had always been faithful to His promises.

God did provide a sacrifice on that day – a ram caught in a thicket, who would take Isaac’s place.  Having seen Abraham’s willingness to obey, the Angel of the LORD remarked that “now I know that you fear God” (Genesis 22:12).  The Hebrew word for “know,” here, is yada.  It means to become acquainted, through experience (and it can serve as a euphemism for sex – Genesis 19:5).  The LORD knows everything, but now He has observed Abraham’s obedience first-hand, in relationship.  As a result, He confirms his promise to bless all nations through him (Genesis 22:15-18). 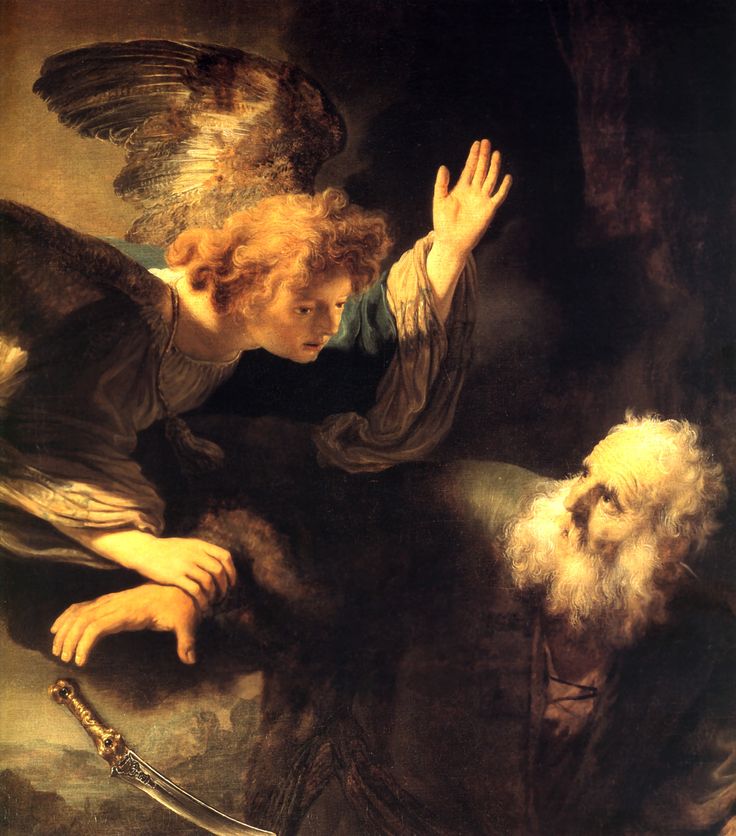 God’s plan was to bless Abraham to be a blessing.  He invited Abraham into a relationship in which promises, when received by faith, would result in works of blessing for others.  Sound familiar?  Notice the sequence of grace-faith-works found in Paul’s summary of our relationship with God:

For by grace you have been saved through faith. And this is not your own doing; it is the gift of God, not a result of works, so that no one may boast. For we are his workmanship, created in Christ Jesus for good works, which God prepared beforehand, that we should walk in them. – Ephesians 2:8-10

Where do we go from here?  God’s call to Abraham is a call to us, as well.  His life serves as a sort of template for the journey of faith.  Not a manual.  Not a perfect example.  But, a template; a story to compare to our own.  Abraham was called, and he went.  Abraham walked in relationship with God, coming to know Him and discover His faithful character.  And eventually, Abraham was tested.  Would He choose God, or God’s greatest gift?

Abraham was called to leave his past, and even sacrifice his future.  Jesus called his disciples to leave their vocations and give up their lives.  Has your relationship with God involved a departure, a leaving-behind, a repentance, to be made new?

Abraham journeyed with God through thick and thin, growing, learning and blessing others as he went.  What twists, turns, and bumps along the road have you encountered?  What have you learned about God along the way?

Abraham was tested – to see whether his faith was in God, or in the blessing that God had given.  Is there anything more precious to you than a relationship with God, Himself?  Or, is your love for Him conditional – based on His blessings?

God chose Abraham, the man of faith to give birth to a nation that would bless all nations.  His descendants were the Israelites, through whom God continued to reveal Himself.  Through the Israelites, Jesus Christ came, fulfilling God’s promise to bless all.  Through faith in Jesus Christ, we can be part of God’s people, who are blessed to bless.  Our invitation is to walk in the footsteps of the faith that our father Abraham had (Romans 4:12).

I encourage you to reflect on this story of one man’s journey of faith, and compare it to your own walk with God. 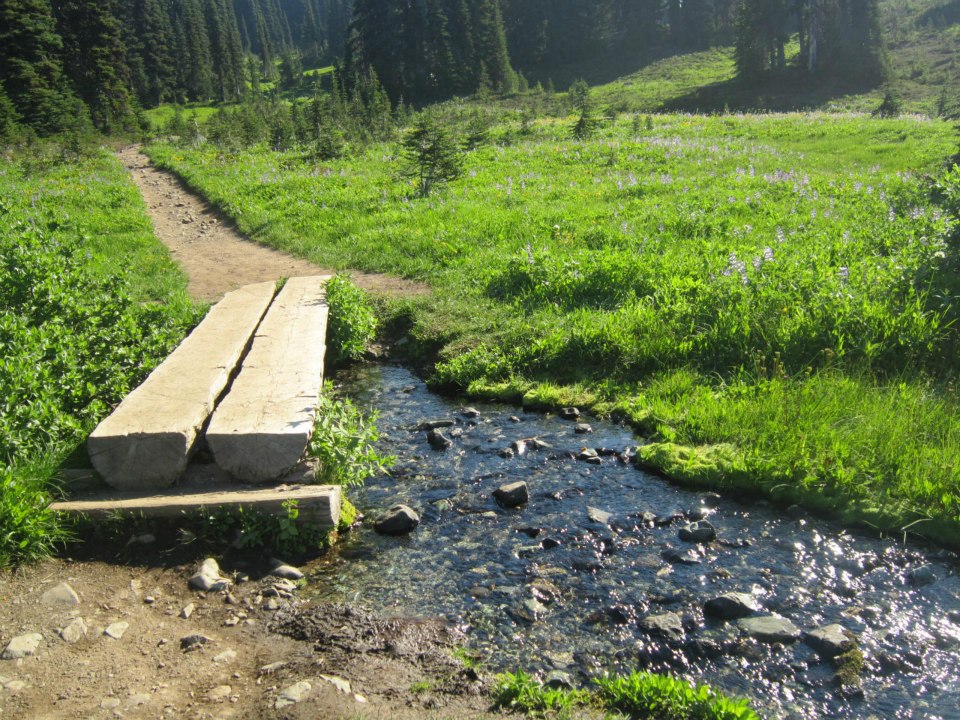 One thought on “Genesis 12-22: Called on a Journey of Faith”