I recently had a fascinating 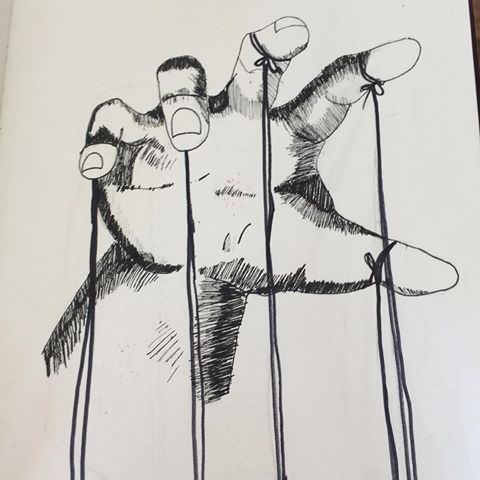 conversation about predestination.  The issue always seems to come up at some point in a Christian’s journey – Does God show favoritism?  Do we really have free will?

Throughout the book of Genesis, we’ve observed how God would initiate relationships with individuals – Abraham and His chosen offspring.  He would call them to follow Him, and act specially on their behalf while using them as His instruments.  In Exodus, we see God acting specially on behalf of an entire nation – Israel (descended from Abraham).  He saves them from Egypt and brings them safely to Mt. Sinai, where He explicitly defines this special relationship with them:

‘You yourselves have seen what I did to Egypt, and how I carried you on eagles’ wings and brought you to myself. Now if you obey me fully and keep my covenant, then out of all nations you will be my treasured possession. Although the whole earth is mine, you will be for me a kingdom of priests and a holy nation.’ These are the words you are to speak to the Israelites.” (Exodus 19:4-6).

What?  Why are they so special?  Why does Israel receive this privilege?
God later makes it clear that it has nothing to do with their own merit.  It is also well-known that God does not show favouritism.
So, what is the meaning of this? 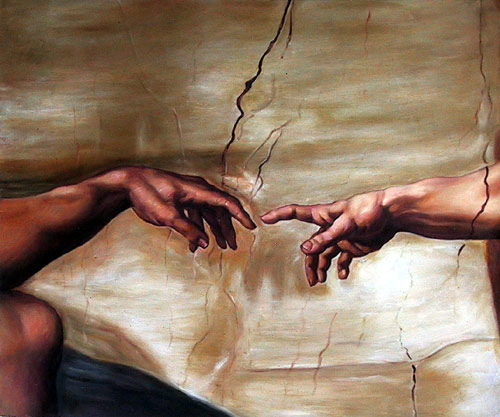 This is actually consistent with God’s purpose, all along.  Remember that God specially chose humans to bear His image and be stewards of creation.  He specially chose Abraham to be a blessing to all nations.  Now, He specially chooses Israel to be a kingdom of priests.  They are to be holy and set apart – not for their own sake, but as mediators between God and all people.  Their salvation would serve as a witness of God’s power, their obedience as a witness of God’s wisdom, and their presence as an inviting light to all nations.  It is primarily through Israel that God would work in the world, reveal Himself, and bless other nations.  Eventually the promise of blessing all nations would be fulfilled in Jesus Christ, a descendent of Abraham.  Jesus would also serve as the perfect High Priest  and Mediator, dying for the sins of the world:

But if anybody does sin, we 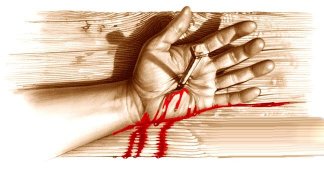 have an advocate with the Father—Jesus Christ, the Righteous One. He is the atoning sacrifice for our sins, and not only for ours but also for the sins of the whole world. (1 John 2:1-2)

But God’s plan isn’t complete, yet.  His purpose is still to work through a chosen people, to bring about the redemption of the world.  Jesus calls His followers the light of the world who will be sent out as “fishers of men” to invite all people to follow Him .  Now, Jesus’s followers compose the new People of God – united and identified through faith in Christ – not race, class, or gender.  Through faith in Christ, they are reconciled to God and to one another – many nations made into one new humanity – a family of God, a new Temple in which the Spirit dwells.  Believers are also collectively referred to as Christ’s Body – the instrument through which He still works on earth.  Christians are also called a New Creation, and ambassadors who bring God’s message of reconciliation to the world.  In fact, Peter refers to the Church in the same wording that we see in Exodus 19:

But you are a chosen race, a royal priesthood, a holy nation, a people for his own possession, that you may proclaim the excellencies of him who called you out of darkness into his marvelous light. (1 Peter 2:9)

But again – why the favoritism?  How is it fair that God would choose some?  Does He predestine some to be saved, and others not? 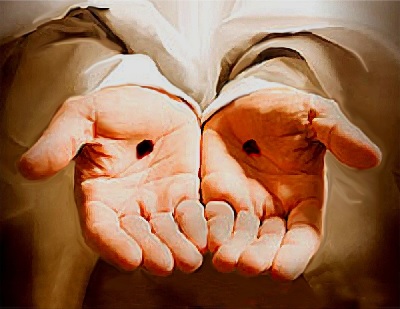 If it is not clear yet, I will state clearly now: God’s overarching purpose is the redemption of all things.  That is the end of the story – heaven and earth uniting and everything being made new – God and humanity together, again.  God is reconciling all things to Himself and entrusting to believers, the beginning of His New Creation, the message of reconciliation.  Yes, He actively calls certain people to follow and serve Him; He actively chose a certain nation to be His own; and He has called and chosen His Church to be set apart.  Yet, these people are no one special.  If anything, weakness is their best quality , which shows God’s strength to the world.  But God calls His people to pray for the world, wanting everyone to be saved, patiently waiting for all to come to repentance.  To put it succinctly, Paul explains God’s purpose in one, long sentence:

Blessed be the God and Father of our Lord Jesus Christ, who has blessed us in Christ with every spiritual blessing in the heavenly places, even as he chose us in him before the foundation of the world, that we should be holy and blameless before him. In love he predestined us for adoption to himself as sons through Jesus Christ, according to the purpose of his will, to the praise of his glorious grace, with which he has blessed us in the Beloved.  In him we have redemption through his blood, the forgiveness of our trespasses, according to the riches of his grace, which he lavished upon us, in all wisdom and insight, making known to us the mystery of his will, according to his purpose, which he set forth in Christ as a plan for the fullness of time, to unite all things in him, things in heaven and things on earth. (Ephesians 1:3-10) 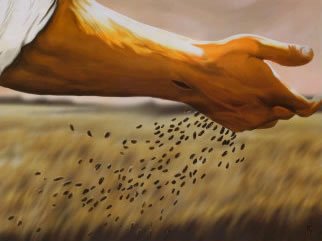 to follow Him – for the purpose of reaching out to others.  He has plans to unite all under Christ, reconciling the world to Himself – and He plans to do it through His chosen people.  N.T. Wright says this about our salvation:

Paul claims to have been called to ministry before his birth – but, before call this “favouritism,” see what Jesus says about him at his point of conversion:

he is a chosen instrument of mine to carry my name before the Gentiles and kings and the children of Israel. For I will show him how much he must suffer for the sake of my name. (Acts 9:15-16)

Being God’s instrument is no cake walk.  It’s not just a free pass.  It wasn’t for Abraham, and it wasn’t for Israel.  God tests and disciplines His children, wanting to work with willing participants who trust Him.  Though God called Abraham and promised to make him a blessing, this plan was not confirmed and fulfilled until Abraham’s faith was confirmed.  Likewise, though God called Israel to be His people, and promised to give them rest in the land of Canaan, this plan was not fulfilled until Israel learned to trust Him and receive the promise by faith.  When Israel on the verge of entering the promised land, the majority of them lost faith and decided to turn back to Egypt.  Though God had saved them from slavery and sustained them in the desert, they did not believe He could overcome their opposition in Canaan.  In response, God was ready to wipe them out and start a new nation with Moses – He could accomplish His plan through anyone, and didn’t particularly need Israel.  But, see how Moses interceded on their behalf:

But Moses said to the Lord, “Then the Egyptians will hear of it, for you brought up this people in your might from among them, and they will tell the inhabitants of this land. They have heard that you, O Lord, are in the midst of this people. For you, O Lord, are seen face to face, and your cloud stands over them and you go before them, in a pillar of cloud by day and in a pillar of fire by night. Now if you kill this people as one man, then the nations who have heard your fame will say, ‘It is because the Lord was not able to bring this people into the land that he swore to give to them that he has killed them in the wilderness.’ (Numbers 14:13-16)

See Moses’s reasoning?  Israel should not be saved for their own sake; they were undeserving, and not essential to God’s plan.  But, for the sake of God’s reputation, He should save Israel.  In light of His plan to show His power to all nations, He should follow through with His commitment to Israel.  For the sake of other nations, God must use Israel’s weakness to show His strength – so that all nations might put their faith in Him.  Moses continues:

And now, please let the power of the Lord be great as you have promised, saying, ‘The Lord is slow to anger and abounding in steadfast love, forgiving iniquity and transgression, but he will by no means clear the guilty, visiting the iniquity of the fathers on the children, to the third and the fourth generation.’ Please pardon the iniquity of this people, according to the greatness of your steadfast love, just as you have forgiven this people, from Egypt until now.”

Not only would God’s power be called into question if Israel was destroyed, but so would His love.  God had claimed to be loving and forgiving, and had treated Israel accordingly up to this point.  Moses calls Him to remain faithful to His promise, despite Israel’s unfaithfulness.

And God relents.  He pardons Israel, but also disciplines them for their instruction, and as an example for us.  Yet, God does not change.  His change of course actually reflects His persistence of purpose, and His consistency of character.

Through this episode between God and Israel, we see clearly that God treats people according to His purpose and character.  His plan does not depend on our success, nor does His love depend on our worthiness.

Isn’t it comforting to know that God’s plans are bigger than us?

And isn’t it comforting to know that God’s love doesn’t depend on us?

Psalm 116:5-7 says:
5 Gracious is the Lord, and righteous;
our God is merciful.
6 The Lord preserves the simple;
when I was brought low, he saved me.
7 Return, O my soul, to your rest;
for the Lord has dealt bountifully with you.