I remember the fascinating and ground-breaking 1999 movie, The Matrix.  Neo, the protagonist, is living in an artificial reality – a dream-world created by robots who’ve conquered the earth.  Most humans have been reduced to dormant power-generators for their mechanical masters.  At some point, Neo is awakened from his slumber, and comes into contact with a few humans who have been liberated from the blindness to reality.  Their leader, Morpheus, enlightens him, beginning with the now-famous question:

“What if I told you everything you knew was a lie?” 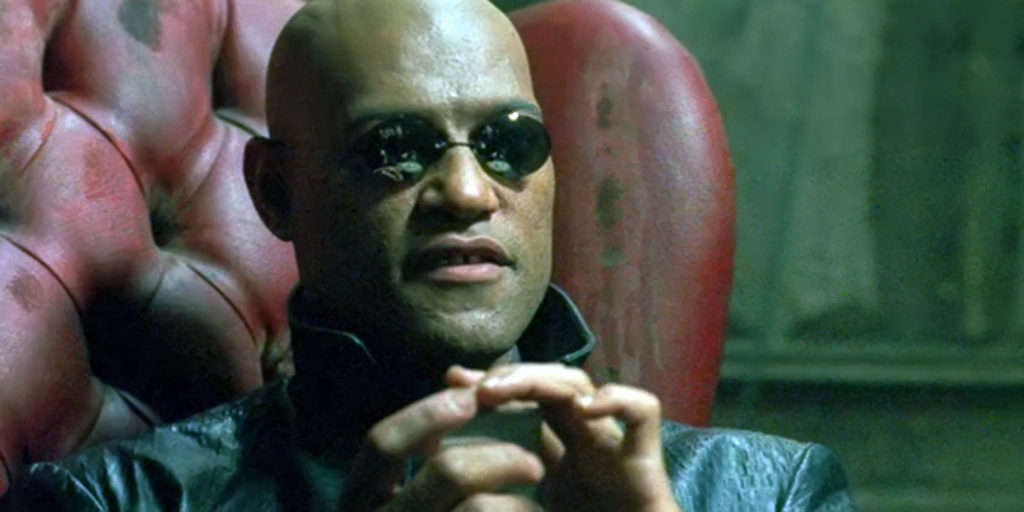 Actually, no, he didn’t say that.  That line summarizes the main idea of the story, but much ink has been spilled in discussing and clarifying that this now-popular meme did not exactly originate in the matrix.  See discussions here and here and the movie clip here.

But this just strengthens the point.  Neo was deceived into believing in a false reality, and so were many of us.  I was one of many who, before writing this post, would have agreed that the quote above was spoken by Morpheus.  But it turns out to be a fairly common phenomenon – we often fail to see things as they truly are.

If there’s one thing I could say about Jesus’s teachings, it would be this:
More thank correcting our doctrine, deeper than cleaning up our behavior, Jesus is interested in completely transforming our entire worldview.

Jesus calls for repentance.  In Greek, the term metanoia literally means to change one’s mind.  We need to understand things differently.  When He says that He is the Light of the World, He means that He is the Source of truth, the embodiment of Truth, the One Who can reveal how things really are.  C. S. Lewis put it this way:

“I believe in Christianity as I believe that the sun has risen: not only because I see it, but because by it I see everything else.”

Many of Jesus’s teachings were difficult to accept.  He repeatedly turned people’s world upside down, affirming returning prodigals over self-righteous servants (Luke 15), affirming repentant sinners over prideful religious leaders (Luke 18:9-14), and assuring all that our reward from God is a result of His grace, not our work (Matthew 20:1-16).  He affirmed attentiveness over busyness (Luke 10:38-42) and indicated that earthy fortunes may be reversed in the afterlife (Luke 16:19-30).  In light of this different worldview, He began His Sermon on the Mount this way:

Wow, what a different way of viewing the world! 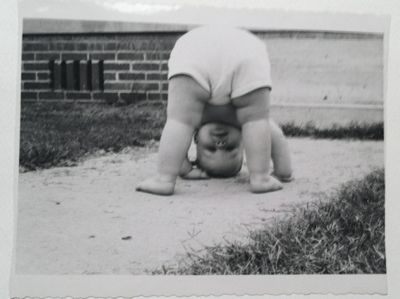 Perhaps it should not be surprising, then, that Jesus’s earthly brother, James, should teach along a similar vein.  In a previous post, I’ve already shared how James seeks to give us perspective in the midst of trials.  In 1:9-11, he reminds us that the current state of both rich and poor is transient.  Therefore, we should learn what we can from present trials, and realize that God is the solution, not the cause, of our problems.

Now, in chapter 2:1-13, James addresses a practical issue: showing partiality.  For those who hold faith in Jesus Christ, there should be no partiality shown.  Then, just as Jesus illustrates a deeper point by giving practical instructions on how to throw a party, James illustrates his point with instructions for seating at an assembly: do not distinguish between rich and poor when you gather to worship.

Because showing partiality does not correspond with the new reality that we see in Jesus Christ.  No doubt remembering Jesus’s words from Matthew 5 quoted above, James reasons:

5 Listen, my beloved brothers, has not God chosen those who are poor in the world to be rich in faith and heirs of the kingdom, which he has promised to those who love him?

The truth of the matter is that the poor may actually be rich, and the rich might actually be poor.  As became quite evident in Jesus’s ministry, it is the “poor in spirit” who tend to receive the kingdom of God (His reign in their lives).  It was the Rich Ruler who rejected Jesus’s invitation, prompting Jesus to remark,

“How difficult it is for those who have wealth to enter the kingdom of God! (Luke 18:24)

It is difficult because the rich are tempted to trust in their things, rather than God.  Their things might be financial savings, educational credentials, social reputation, dwellings, life insurance, etc.  To the extent that they give in, they are cheated from experiencing the joy of growing in faith through trials (1:2-4), and knowing God as the Giver of everything good (1:16-17).  in chapter 2, James is even harsher, claiming that it is the rich who oppress you and blaspheme the Name by which you were called (2:6-7). 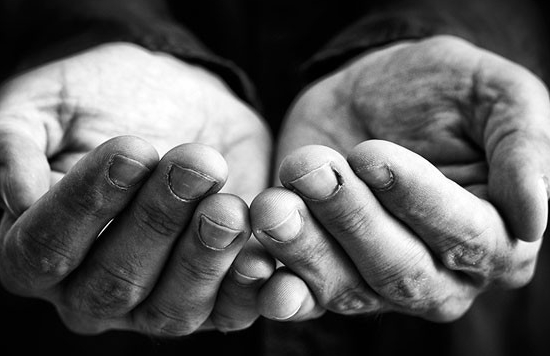 After denouncing what is wrong, James points us to what is right: the “royal law” of loving our neighbour as ourselves.  Showing partiality is antithetical to this simple and all-inclusive law to love.  A person who keeps the whole law, but fails at this point is as guilty as someone who broke the whole thing (2:9-11).

So, what should we do?  James concludes with this exhortation:

12 So speak and so act as those who are to be judged under the law of liberty. 13 For judgment is without mercy to one who has shown no mercy. Mercy triumphs over judgment.

Verse 12 summarizes how we are to operate in this world.  If we view the world through worldly eyes, we will operate under worldly laws of how the world works.  We will pragmatically show partiality, in order to win the favor of powerful friends.  We will judge others to raise our own profile.  But if we view the world through God’s eyes, we will operate under the “law of liberty” that sets us free from the trappings of backstabbing competition, working for everyone’s approval and grasping for security.

When we realize that “every good and perfect gift is from above,” and we receive His “word of truth,” we are “brought forth” as “firstfruits of his creatures” (1:17-18).  Born again.  New Creation.  Believing and receiving the truth makes us children of God – adopted into a new family, with a new identity.  Old lines of division are wiped away, and we are united together as we are united to Him.

When we operate under the “law of liberty,” we are putting our faith in Jesus Christ, who set us free from the guilt and power of our sin.  We are believing that “mercy triumphs over judgement.”

So, James says, if you view the world this way, then “so speak and so act” like it!  Show the mercy to others, that you’re counting on receiving from God! 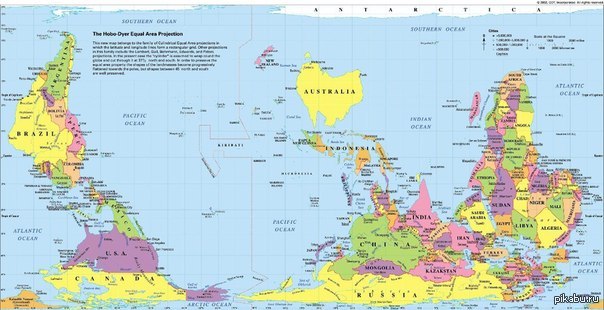